I wanted to share a project I did for a friend's mother.  I was a little nervous about painting someone else's piece.  Okay more than just a little nervous.  This old piece is a very sentimental piece to the owner.  The only problem is that a cat had relieved itself around it.  It also had been cut in half.  So, I had one or two hurdles to jump.  Here is the piece when we got it.  Sorry for the poor quality of photos. 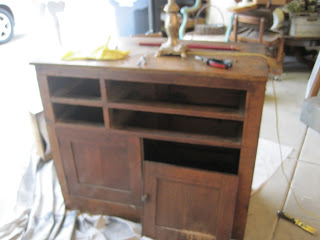 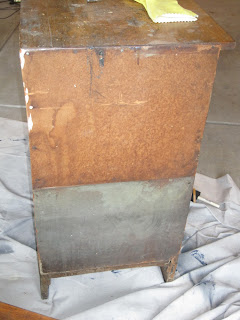 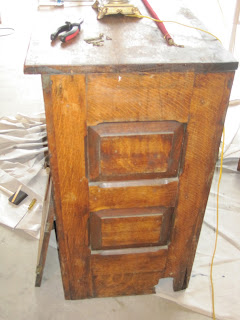 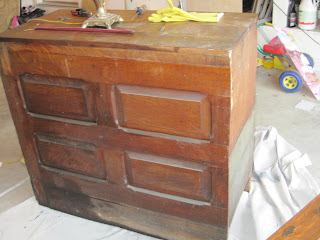 Remember how I mentioned an incident with a cat and urine.  After I throughly cleaned the piece, I did some research and found out that in order to seal in the odor, I should use shellac oil-based primer.  I have never worked with this kind of product before.  It is like water.  I had to do 3 coats because I was using a brush.  At this point, I can say that this primer did eliminate any odor.  Next, I applied my first coat of paint.  This is where I wanted to scream.  The paint was just peeling off after it dried.  Kind of like when you were younger and would put glue on your hand to peel it off.  Well, I just didn't know what I was going to do.  After a trip to Sherwin Williams, I came back with their brand of adhesion primer.  They said it would stick to anything and would fix my problem.  I sanded down the peeling areas.  I was skeptical when applying the primer but it did work!  After three coats with the paint sprayer, glazing, and polying, I was done.  (Edit - paint color:  Behr red brick S-H-170 with a glaze mixed with Behr espresso beans) 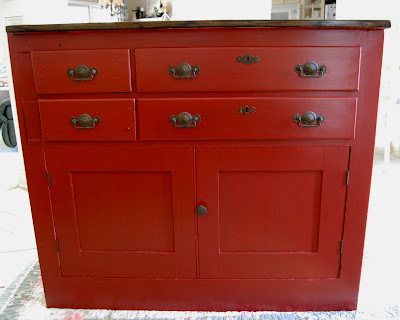 Do you recall me telling you that the piece had been cut in half?  Well, this is what the untouched original side looks like. 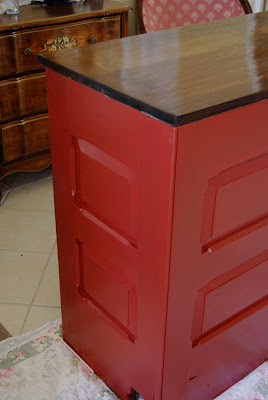 This is what my talented hubby recreated on the side that had been whacked.  I know.  He is pretty amazing!  He got it almost identical didn't he?! 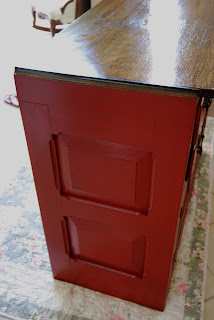 I'm sharing over at: 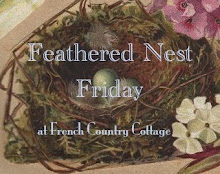 I would really enjoy knowing what you think. I love getting your comments!